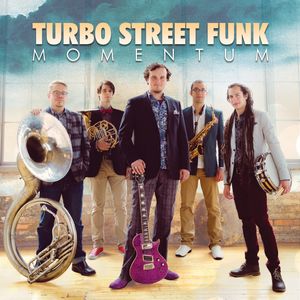 "They're having so much damn fun it’s impossible NOT to listen...they combine top 40 hits with savvy originals for an entertaining mix, with elements of funk, like Chicago or Lighthouse if they were to really loosen up and have some fun." - John Kereiff, The Rock Doctor Reviews | Full Review |

"Sax, guitar, drums, tuba and French horn with voice sounds like it might be an unusual combination, but it works. They’ve performed their lively brand of jazz/ pop at a TON of festivals in the Ontario area and their tunes have been featured on Jazz FM 91 and CBC radio as well, so people are listening." - Gonzo Online

"These guys are exuberant, highly entertaining and loads of fun. You don’t want to miss them." – Mariposa Folk Festival | mariposa.com

"I am enchanted by this band, their humour, their talent and their intoxicating energy." – Susana Meza, Spill Magazine | Full Article

"If you are a fan of live music or considering booking this incredibly talented group of young men, please do yourself a favour, DO IT, you will be richer for having done so." – Rob Rapiti, seeAliveband.com | Full Article

"The Fast and the Furious of music!" –

"The moment you start tapping your toes or moving your hips is the moment you turn from a fan, to a family member...The best part is they invite you along for the ride." – Victoria Goldberg, The Excalibur | Full Article

“Their's is big, funky sound...so when you do come across them, it’s a real treat.” – Sarah Phillips, Indie88 | Full Article

“If Turbo Street Funk seem familiar, it might be because you’ve seen them busking in the streets of Toronto. When they’re not at Yonge & Dundas Square, you’ll find them playing at festivals around Ontario, or hanging with the Shuffle Demons--no big.”  – CBC Music, Rock Your Campus Review | Watch Now

“…One of the most fun street musicians I’ve come across in Toronto, and gathering by the crowd they always seem to attract, I’m not the only one who thinks so.” – 1000ThingsToronto.com, from the article “#58: Turbo Street Funk – Toronto’s best buskers?” | Full Article

“I’ve witnessed a lot of busking, but a kind of jazz fusion with horns, no way.” – John Emms, The Daily Press, Timmins, ON | Full Article

"I'd like to draw everyone's attention to Turbo Street Funk." – The Wholenote, "Loud Outfits" by Bob Ben | Full Article

"I am enchanted by this band, their humour, their talent and their intoxicating energy." – Spill Magazine, Beaches Intl Jazz Festival | July 9, 2017 | Full Review

"Out of all of the bands that I have booked for the Hamilton Bulldogs, none have ever had a more appreciative and attentive crowd than these boys. CD’s were flying off of the merch table and people were clapping and whistling throughout the performance. I actually had people asking me to bring these guys back after only the first couple tunes..." – Rob Rapiti, seeAliveband.com | March 2, 2015 | Full Article 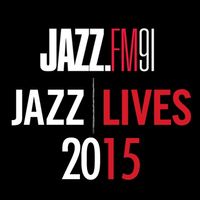 "The quiet intermission had a welcome interruption when Turbo Street Funk performed a few songs in the lobby and then paraded everyone back to their seats inside the Hall..."  – Jaymz Bee, Jazz.FM, JazzFM.91's Jazz Lives 2015 Concert Review | May 4, 2015 | Full Article

"The huge jam ended up making its way to the front of Lula Lounge and spilled onto the sidewalk and onto Dundas St. W., stopping traffic as they jammed and bopped and clapped and danced together. Indeed, what a cluster funk!” – Roger Cullman, BlogTO.com, The Shuffle Demon’s "Cluster Funk" CD Release Party | July 29, 2012 | Full Review

"Rick Fines, Coco Love Alcorn and Turbo Street Funk shared the stage...In the summer, sometimes everyone joins in on tunes — those are the really good workshops — but, usually, the other acts just sit and wait their turn. Not in the fall. Before Fines was done the first song, everyone else had figured out something to accompany him with and added themselves in..." – John Swartz, Orillia Packet & Times, Showing love for some fine funk | December 2, 2015 | Full Review

Finally got to hear ourselves on the radio! They mentioned our Rivoli show tonight on CBC Big City Small World.